Positive or negative, emotions are an essential part of politics. 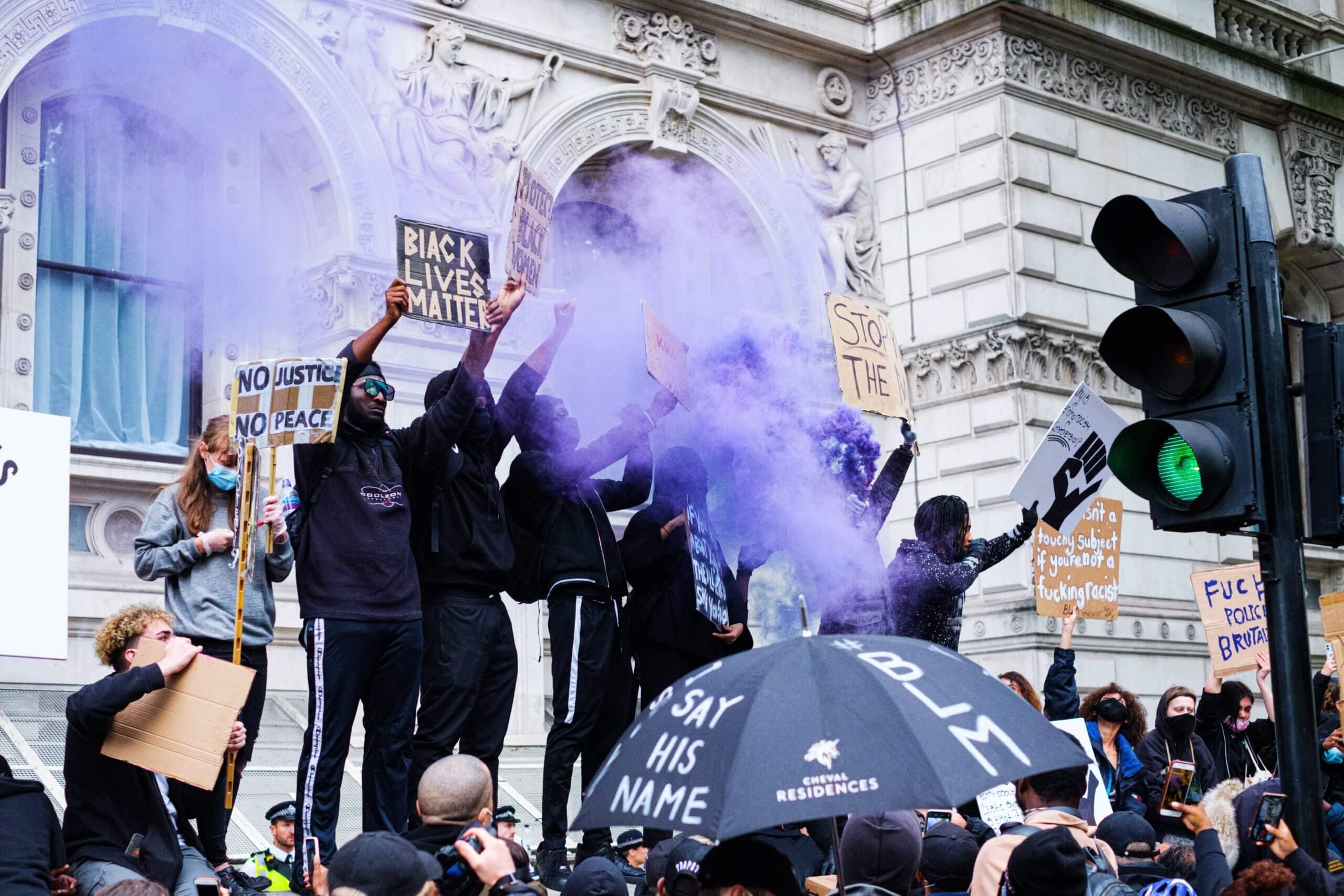 Appeared in the report “The future of digital democracy – A series of conversations with expert thought-leaders from politics, GovTech and Civic Tech on the democracy of tomorrow” published by CitizenLab.

C – “How does the current appetite for citizen participation fit in with the ongoing institutional crisis and decreasing trust levels?”

SB – “As explained by Jeremy Heimans in ‘Old power, New power’, our relationship to power has changed, the traditional power mechanisms have
changed, and new, more flexible and collaborative forms of power are emerging. The protests we are seeing today (from Gilets Jaunes [Yellow vests] to climate marches) and the emergence of new political movements show that there’s a belief in political action despite a dissatisfaction with traditional forms of political involvement. The current distrust for the traditional political systems should not be mistaken for a lack of faith in political action. There might be a negative view of political actors, but there is still willingness to take collective action. In short, there is a strong demand for a new form of citizen involvement.”

C – “In your opinion, where does this negative perception of political actors come from?”

SB – “ An essential part of this issue is that traditional political stakeholders have failed in the eyes of the citizens. One of the first elements of trust is ‘output legitimacy’, legitimacy through results. After years of promising great things but failing to deliver these results, elected officials have disappointed citizens and cultivated scepticism.

Another issue which could explain dissatisfaction with politics is citizens’ desire to be listened to and involved in a different way. Citizens feel that elected representatives and political institutions don’t have a good understanding of their needs, and would like to be involved in decision-making – they have an expert understanding of the issues they’re facing, and would like to contribute solutions. The political process would gain legitimacy by opening up decision-making beyond the closed circle of politicians and lobbies.

Finally, while trust and legitimacy are obvious answers to this legitimacy crisis, we often forget a third, essential aspect: the expression of emotions. Whether they are positive (aspirations, hope, the desire to show solidarity…) or negative (then playing into the hand of populist parties that instrumentalize fears or frustrations), emotions are essential in politics. The private sector has clearly understood this, and plays on emotions by injecting meaning into consumerism. This quest for meaning, vision and values is one of the main reasons for the success of the Gilets Jaunes movement. During the protests, people gathering in the streets and on the roundabouts. created social ties and recognised shared desires. In another sphere, the growing involvement of citizens in local actions or NGOs also shows a search for meaning and motivation.”

After an engineering degree at Polytech Sorbonne, Victor Lauret started to work on environmental issues in Madagascar. First contributing on empowering the young generation on climate change, he then worked with the think-tank INDRI, mobilizing stakeholders and using collective intelligence to foster sustainable development. He is now advisor at Dreamocracy, where he keeps developing his passion for collective intelligence as a key ingredient for better public policies and environmental actions.

Pauline specializes in advocacy, governance, and change management. After about 10 years in the Brussels’ EU bubble – mostly working on environmental and sustainability issues – she took a break that led her to the southwest of Madagascar where she first did voluntary community work for a British marine conservation NGO. It was love at first sight and she was offered a full-time coordinating position for 2 years on the ground. The experience was life changing and confirmed that collective intelligence should be the beating heart of any attempt to understand and address the complexity of the challenges our societies face. A passionate advocate of people’s intelligence and ability to change, Pauline has settled in Antananarivo and provides counsel in governance and advocacy, based on collective intelligence methods and tools.

Caroline R. Cullière has over 10 years experience as an accomplished ‘launcher’, working in both the profit and non-profit sectors, leading operations, general strategy and implementation methodologies to improve team performance in complex environments. She is an expert in entrepreneurship, innovation, business growth, negotiation, and crisis management. She has launched different successful startups. She created the Amiens Cluster, an incubator and accelerator in the French Picard region. She was full time partnership developer for Paris & Co, Europe’s first incubation network with 14 innovation hubs. She was COO for Obilab Music, a company that aims to spread music practice using affordable instruments. Caroline is also an experienced campaigner and local policy catalyst, with particular expertise in French and Middle East politics. She launched Agora, a Citizen engagement tool. She is a Diplomat member of the Jewish Diplomatic Corps, World Jewish Congress, working with permanent delegations to UNESCO on the Anti-Semitic problem, interfaith dialogues, and Israël advocacy. She is also a German Marshall Fund Transatlantic Inclusion Leaders Network Alumni ‘19.
Graduated from ESSEC Business School and from Tel Aviv University with a MA in Public Policy, she owns a certificate in counter-terrorism from Leiden University and is a certified mediator.
She currently also acts as New Financing Models Coordinator at Zero Waste Europe

Cécile works as Stakeholder Manager, Change Facilitator and Leadership Coach to accompany private and public structures in their capabilities for optimisation, transition and change. Commissioned by companies, federations, NGOs or associations, she manages socio-economic projects aiming at contributing positively to society on matters such as sustainability, employment, education, immigration, mobility, smart cities, European integration and federalism.

Cécile Poujade is a Design Strategist with 20 years of experience in leading design projects for various organisations in Europe, Japan, Brazil and beyond. Cécile was Partner at Saguez & Partners, one of Europe’s best design agency, for 15 years, with clients such as Vinci Airports, Nature & Découvertes, Aéroport de Genève, Aéroports de Paris, Salomon, GRU Airport, Nespresso, Fnac, Orange, Pernod-Ricard, SNCF, Groupe Casino… Experienced in aligning decision makers, boards and teams around a strategic and creative vision for the project, she’s an expert in developing powerful concept, whatever the « object »: a service, an airport, a store, a brand. With a strong interest in education and citizenship, she co-founded Design Act! in 2016, with Olivier Saguez and Strate Design.Somewhere between a school and a lab, Design Act! is a non-profit 5-month training programme fostering social innovation and design projects. She founded Les Relieurs in 2020, a start-up based on her conviction that creativity combined with a committed strategy are a powerful way to move organisations and people. Having worked with many different stakeholders on projects involving private companies, citizens, urbanism and state services, Cécile loves to bring people together around a shared interest. She’s involved in the development of Agir pour le vivant, a non-profit French event taking place in Arles, Liège and Medelin, founded by Comuna and Actes Sud, that initiates debates, conferences and decision making around life on this planet.Today, she both advises or facilitates projects, with a strong focus on social innovation and climate change, for which she deploys the Creative Problem Solving (CPS) approach.Trained both in applied arts at l’École Estienne in Paris and semiotics at Celsa Sorbonne, Cécile’s mindset always combines strategy with creativity, prospective with functionality.